In the week to September 22nd, speculators had reverted back to increasing their short exposure in the US Dollar, with a $2.8bln rise against G10 currencies. However, this stance would have been tested following last week’s rally in the greenback. As such, a continued correction in the USD may well be exacerbated by a short squeeze, particularly as sentiment remains fragile with the US election on the radar. This week will see the first US Presidential debate where subsequent price action can provide an insight into the reaction of the US election.

The majority of USD selling occurred against the Euro, which saw net longs rise $1.48bln. While a bullish stance in the Euro has been maintained, strength has been capped as ECB officials continue to fret over the currency’s appreciation in recent months. In turn, with downside risks apparent for Eurozone inflation, the Euro will be closely watched by the ECB thus making gains hard to come by ahead of the US election.

Safe havens were in demand after as net longs in JPY and CHF grew by circa $800mln and $500mln respectively. In which, positioning in the latter is at stretched levels, where an active SNB poses risks to the bullish stance in the Swiss Franc. The Japanese Yen meanwhile appears to be the preferred hedge against US political risk. However, with month-end flows likely to dictate at the beginning of the week, we do not rule out a potential move for USD/JPY above 106.00 in the short term. 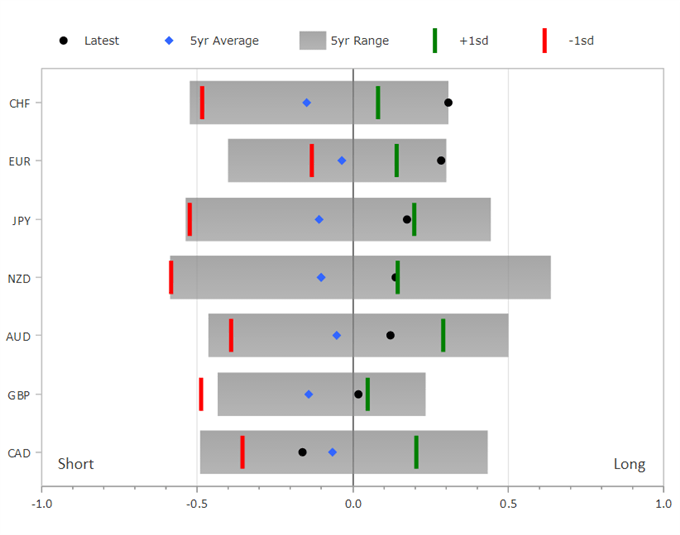 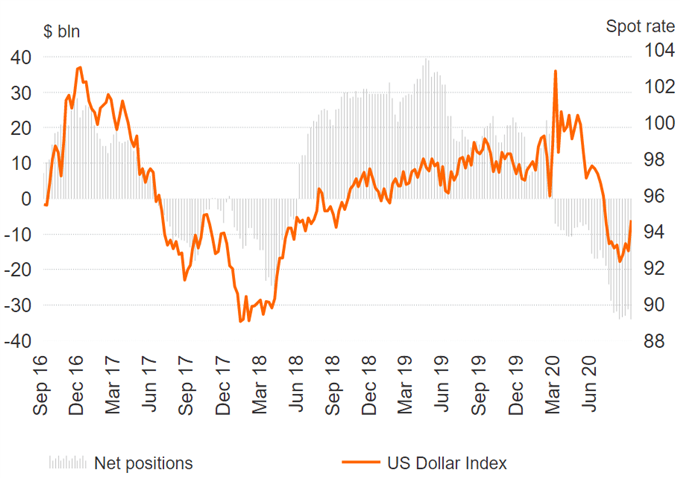 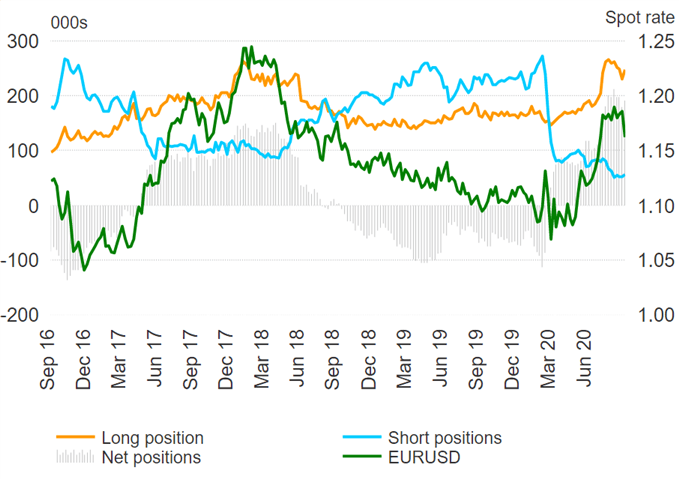 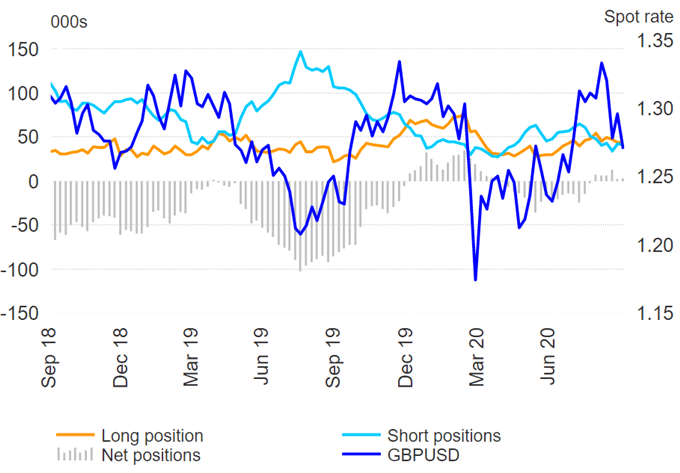 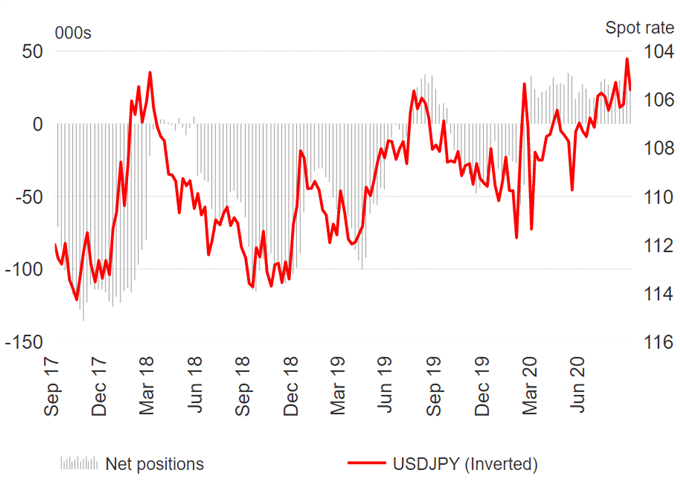 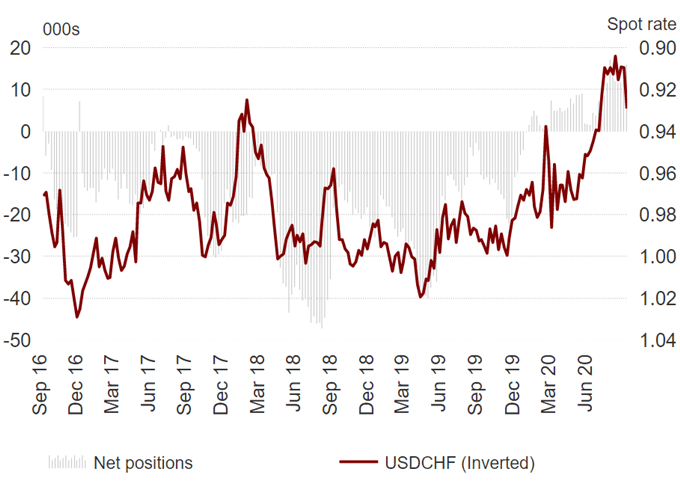 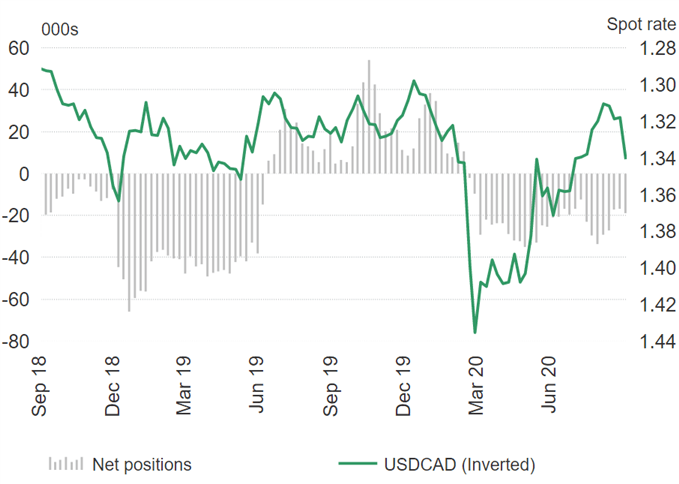 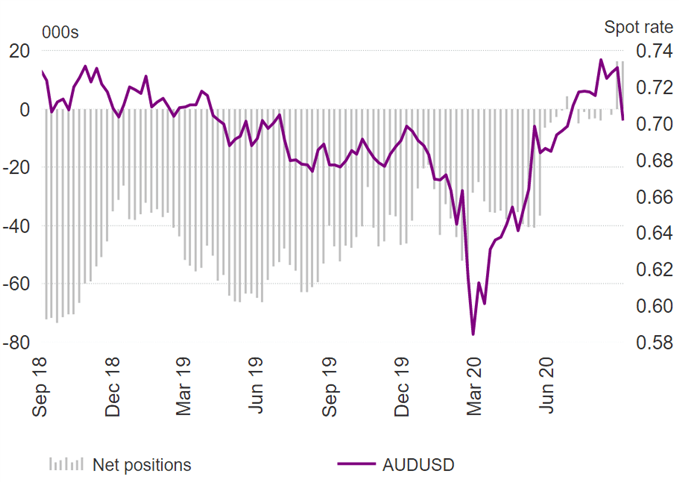 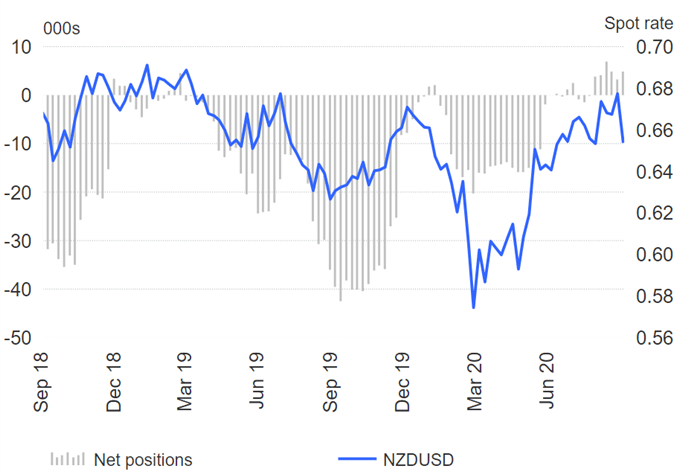 GBP/USD May Go Along for the Ride

EUR/USD to Find Direction from ECB and EU Summit