The reporting week from Oct 7-12th saw speculators once again reduce their US Dollar shorts, reaffirming the case that the greenback has established a bottom in the short-term as uncertainties over the US election and resurgence of virus cases persist. The unwind of aggregate USD shorts is expected to continue, in turn, major USD counterparts are likely to struggle for upside, particularly the Euro, which makes up the largest proportion of USD shorts. Net longs in the Euro were cut by $811mln as supportive drivers for the EU begin to fade.

Across the commodity currencies, Australian Dollar net longs were cut by circa $500mln as gross shorts picked up. That said, with the RBA Governor giving the greenlight for further stimulus at the upcoming monetary policy meeting, the Aussie may underperform its counterparts ahead of the decision. NZD positioning saw a slight pick-up in the bullish bets while the Canadian Dollar saw a modest reduction in net shorts, the latter likely paying close attention to OPEC officials amid the increased downside risks to the oil market.

Speculators were less negative on the Pound as net shorts were cut by $117mln, however, this had been led by a pullback in both gross longs and gross shorts. Back and forth Brexit headlines continue to dictate the Pound, with trading conditions remaining somewhat choppy. While I remain in the camp that a Brexit deal will be eventually finalised, range trading will likely remain the state of play for the time being, until UK-EU negotiators show signs of a willingness to compromise. 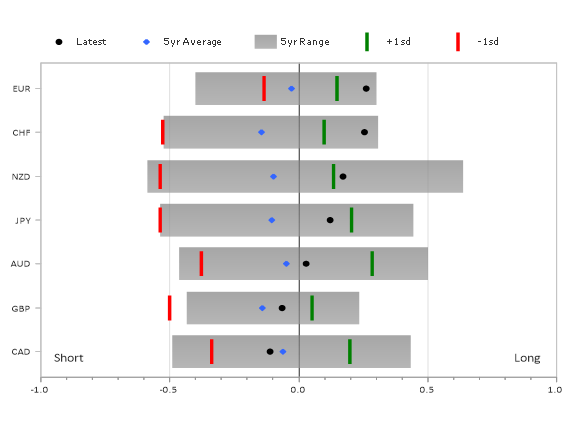 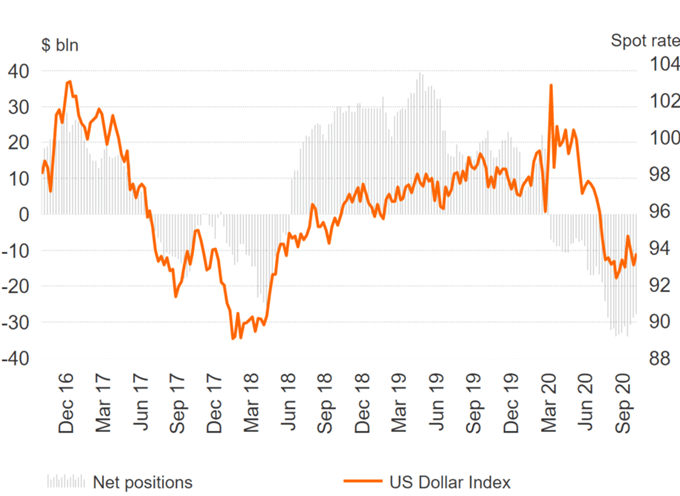 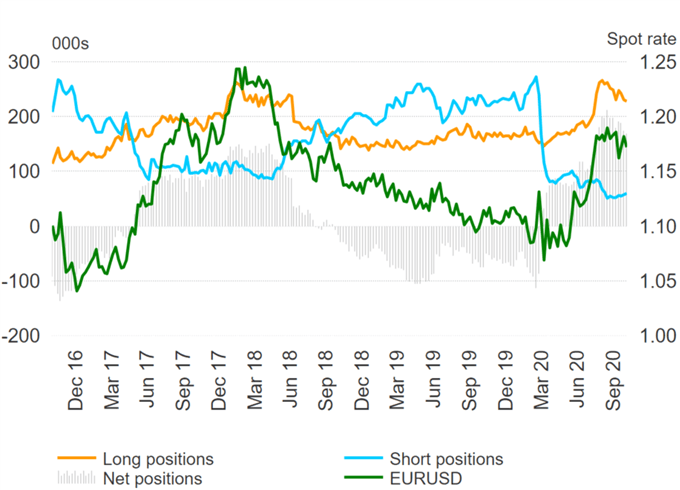 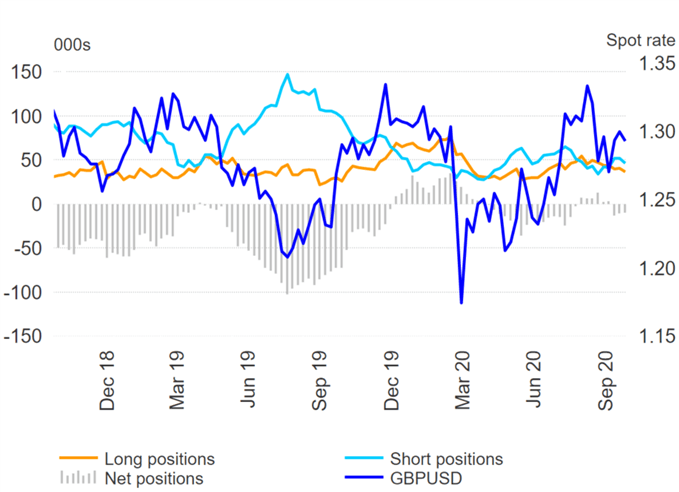 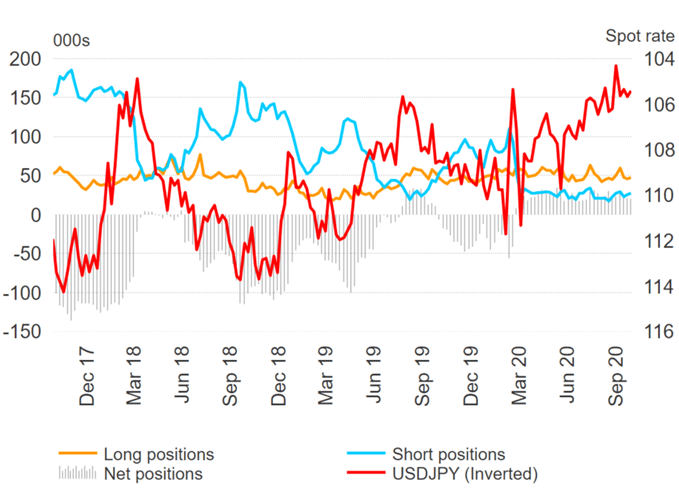 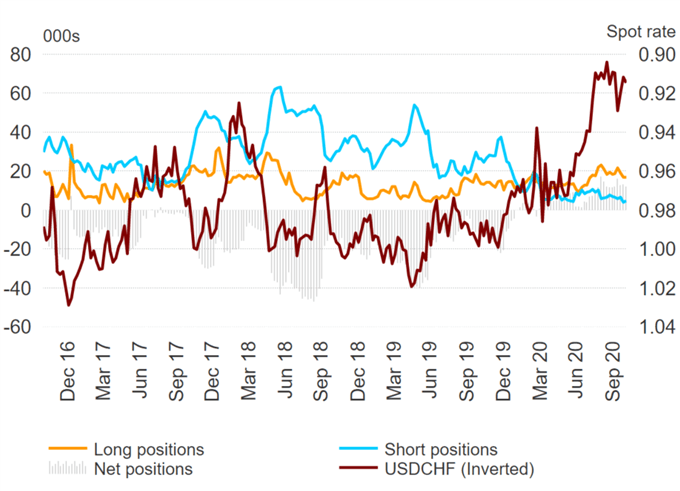 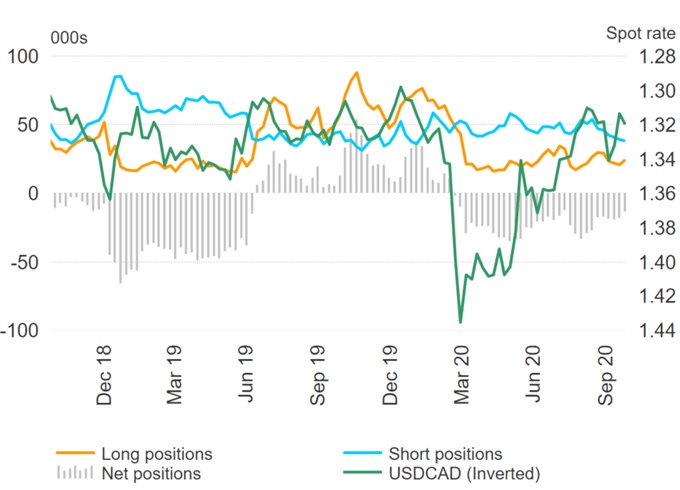 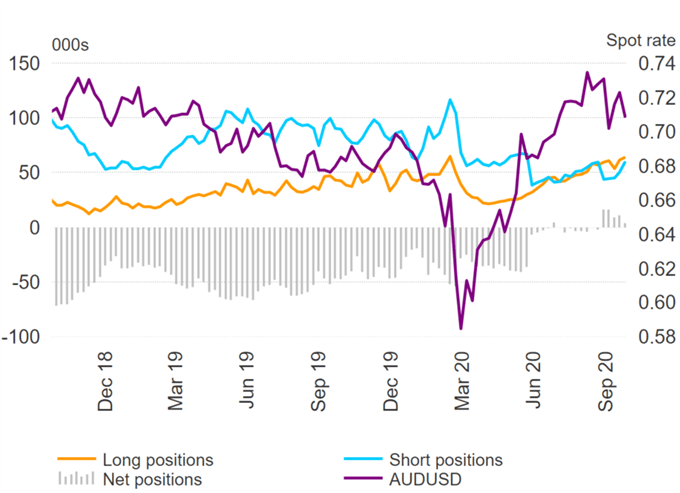 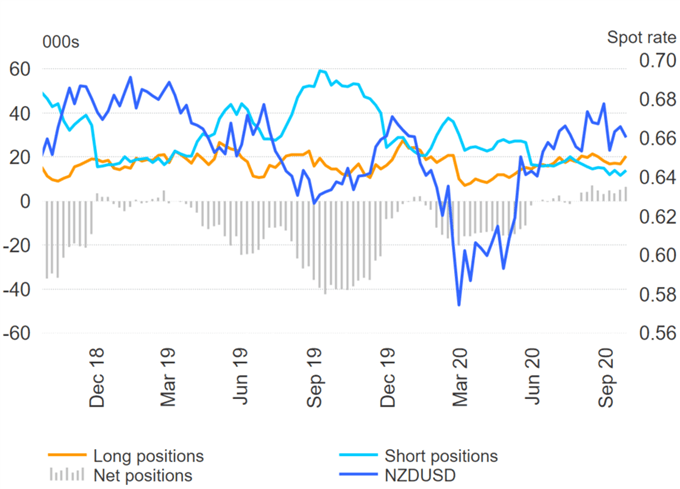 Can USD/JPY Get Out of Its Own Way?

S&P 500 and Oil Show Focus Amid Recession, Stimulus, Netflix and...