Stock losses continued this week despite a series of measures from the world’s major central banks and governments. Evidently, the monetary and fiscal policy changes were unable to undo the perceived impact of containment procedures which look to eviscerate the global economy. As a result, equities have suffered significantly with a few sectors and stocks enduring particularly acute pain. 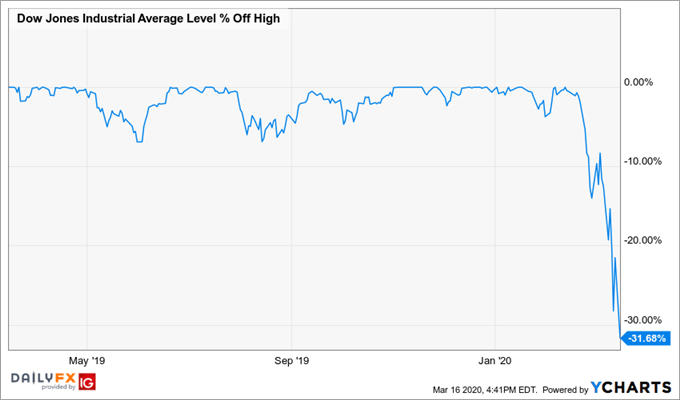 This story is developing, check back for updates…

Yen, US Dollar May Continue Higher Amid Global Recession Fears

Our data shows traders are now at their least net-long GBP/USD...

Canadian Dollar Rebounds – Will It Last?