Japanese Yen a Better Risk-Off Hedge Over US Dollar

Risk sentiment appears to be somewhat exhausted as equity markets struggle to make further gains. Interestingly, it appears that Chinese state media are attempting to curb some of the enthusiasm in local stocks, given the sizeable rise in recent weeks. In turn, the Chinese CSI 300 posted its largest drop since the beginning of February with a fall of 4.9%. However, in light of this, the spillover into FX has been relatively muted thus far as the broad dollar weakness has been the overarching theme across the currency space. With that said, the Japanese Yen against high-beta currencies could be a cleaner expression a bearish tilt towards risk sentiment, as opposed to the typically safe-haven US Dollar given the current ambiguities over the outlook for the greenback.

As we look at NZD/JPY we notice that the cross is trading at relatively rich levels relative to yield spreads, which could see the cross fail to maintain a foothold above the 70.00 handle. Alongside this, with the RBNZ previously signaling that they would prefer a lower NZD, the currency may struggle to gain substantially in the near term amid expectations that the RBNZ could expand monetary policy further at the upcoming meeting. Therefore, a reversal in risk appetite could see a much more pronounced impact on NZD/JPY downside. 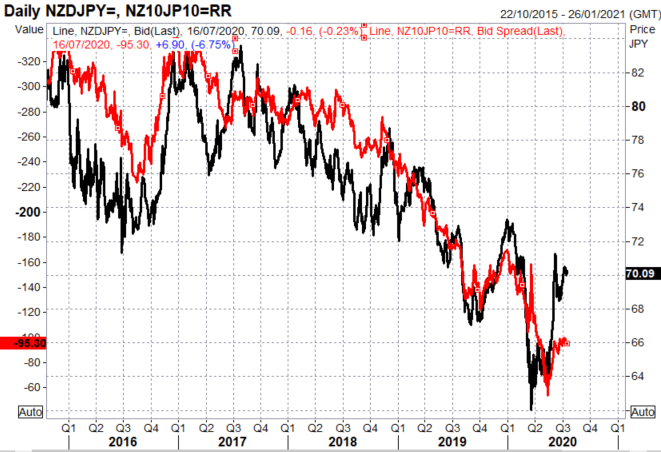 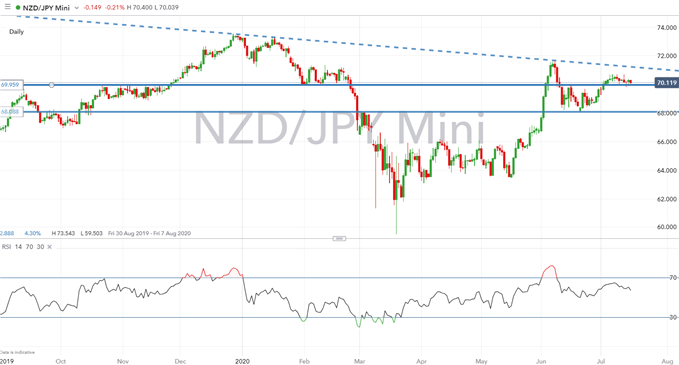 Zeitgeist: Why It Matters to Advisers and Investors

New Insights on the Trust Crisis in Finance

Stocks Survive Fed, How About Earnings?