In the reporting week to June 9th, CFTC showed that speculators had been lightening up their bearish exposure to high-beta currencies (AUD, CAD, NZD), while safe-haven currencies (JPY, USD, CHF) had been out of favour. In turn, positioning changes in the US Dollar saw shorts pick up by $1.4bln vs G10 currencies to total $8.775bln. However, with safe-havens outperforming risk-sensitive currencies since Tuesday amid the breakdown across equity markets, investors chasing trends look to have been caught offside.

The largest change had occurred in the Euro with net longs rising $2.2bln, taking overall net longs to fresh 2020 highs at $13.5bln. However, with the Euro modestly lower since June 9th, fresh longs are likely to face risks of a potential squeeze. Elsewhere, the Pound saw bearish positioning cut by roughly 1/3 on the back of short-covering. Although, as Brexit risk premiums continue to edge higher with the UK ruling out an extension to the transition period, upside may be capped for the Pound.

A notable pullback in Japanese Yen net longs with a reduction of $1.7bln as investors liquidated outright longs. That said, the Japanese Yen will continue to take its cue from US yields, as a unwind of the recent bear steepening has pushed spot USD/JPY to the low 107.00s. Meanwhile, positioning in the Swiss Franc has been cut to neutral as net longs equate to a marginal $232mln.

Despite the reduction in bearish bets across the commodity currencies, they look to be at the greatest risk from a second wave of coronavirus cases in China. Therefore, speculators may once again pick up the pace in adding bearish exposure to the AUD and NZD. 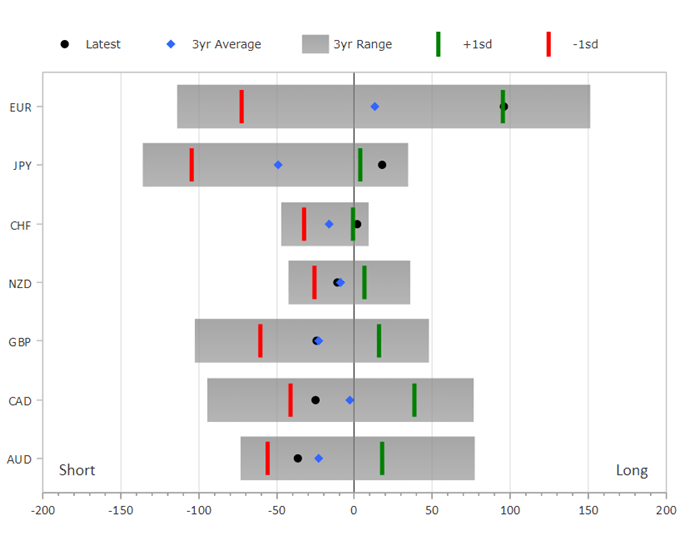 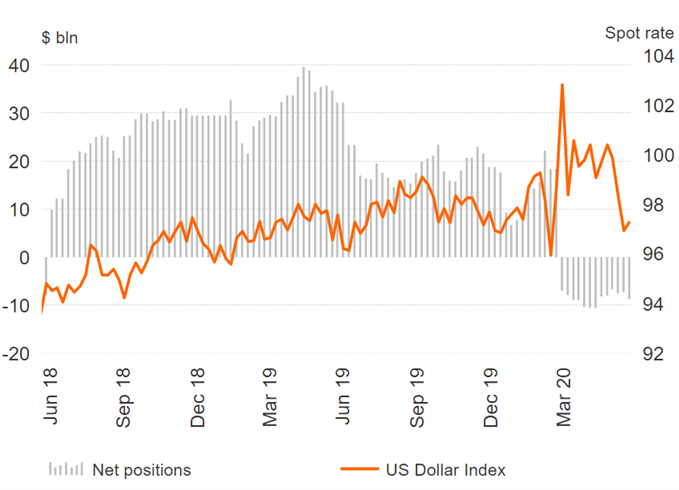 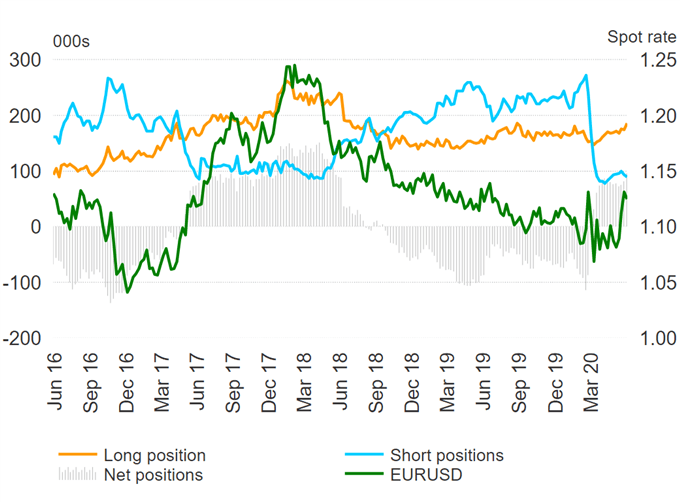 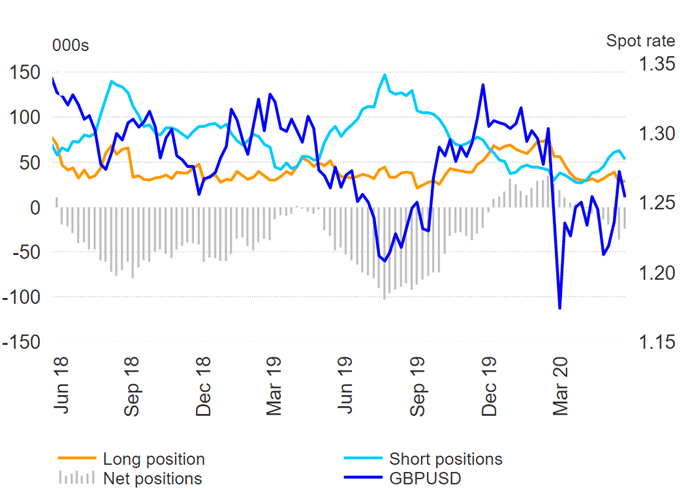 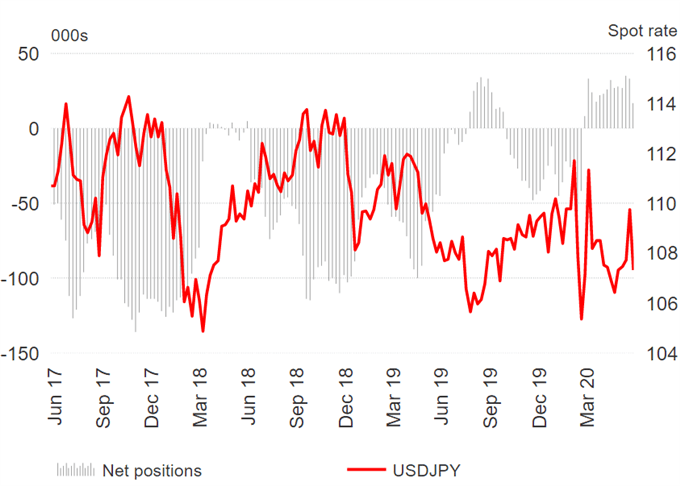 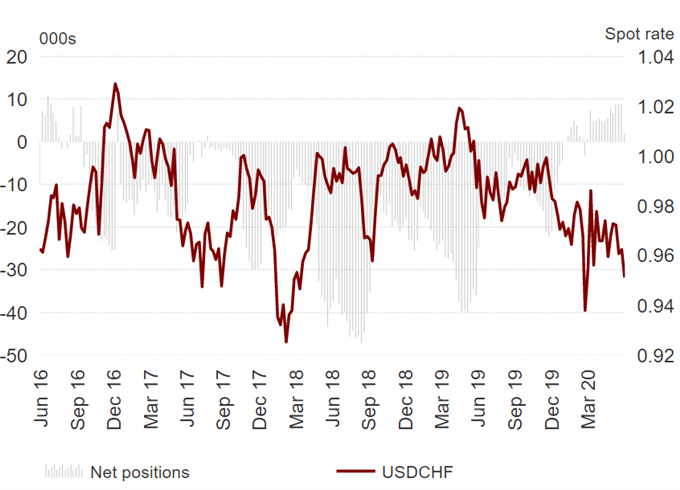 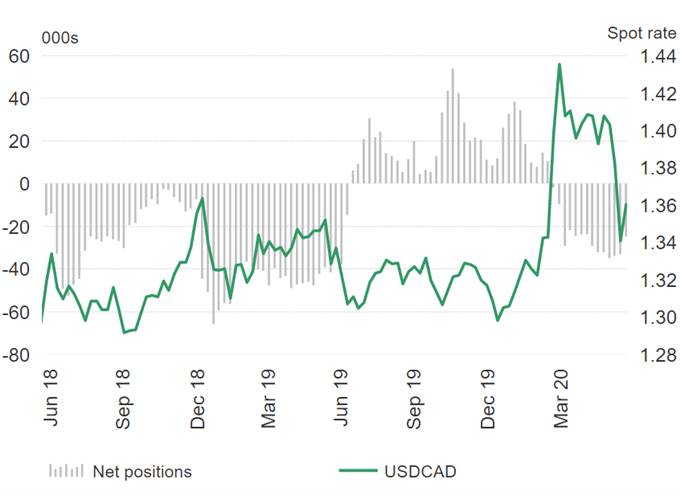 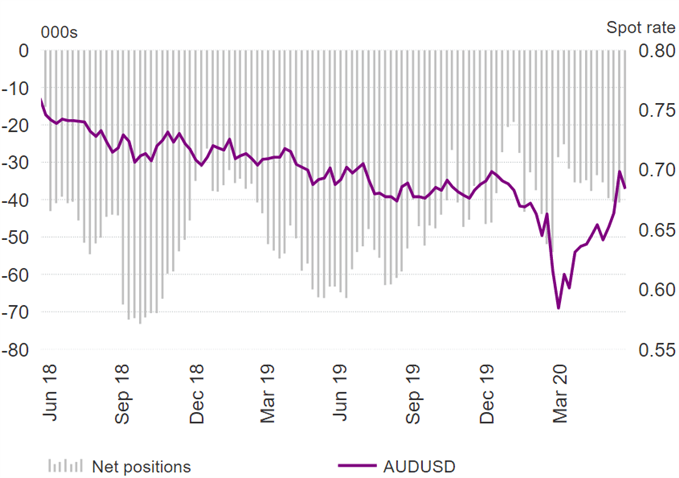 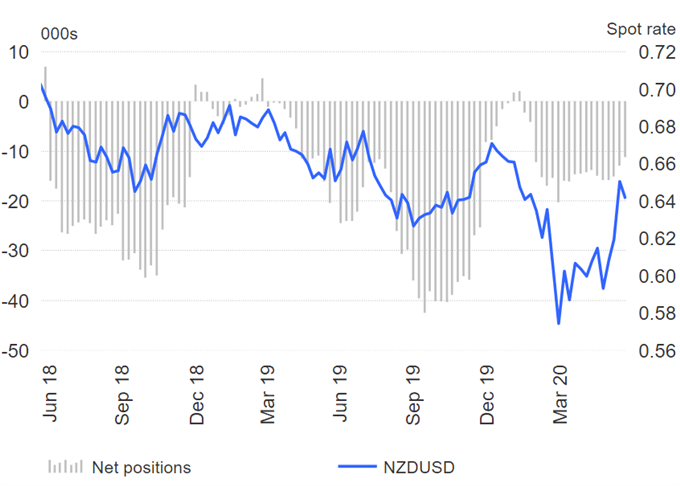 S&P 500 On the Cusp of Breakdown as COVID Cases Surge and IMF Raises...

US Dollar May Resume Rise as Covid-19 Darkens Earnings Outlook