Diary from Tbilisi: ‘Most of us feel this is Georgia’s war too’

in Business News
Reading Time: 12 mins read
A A The feverish heat of the past few months has finally softened in Tbilisi, the capital of Georgia. Along the Mtkvari river that slices through the city, the trees, their leaves beginning to curl, flutter in a weak evening breeze.

On my way home one evening, I pass a popular restaurant with a sign pinned to the door announcing that patrons who do not consider Russia an occupying force and Vladimir Putin a war criminal will be denied entry. The lettering has faded so much from the sun that it’s barely legible any more, but I know what it says. Signs like these have been stuck to doors and windows across Tbilisi since February.

Following the dramatic events of Ukraine’s counter-offensive against Russian forces, the mood in Tbilisi has begun to lift. The resignation which pervaded the last few months has been replaced by cautious hope of what a Russian defeat in Ukraine would mean for Georgia and other post-Soviet nations victimised by Russia’s revanchist ambitions.

It has been welcome news after several tense weeks in Georgia. Last month, a Tbilisi bar came under a Russian cyber attack after it denied entry to any Russian patrons who refused to sign a form denouncing the invasion of Ukraine. Dedaena Bar found itself temporarily renamed “Denazification Bar” on Google with a link to the Kremlin’s website.

The public outcry has only intensified with the growing instances of the letter Z — the Russian symbol of its war in Ukraine — spotted stuck on cars or painted on balconies. Meanwhile, the Georgian government has ended much of its support for Ukrainian refugees, leaving thousands of Ukrainians with nowhere to go. With the war in Ukraine now in its seventh month, Georgia is still reeling.

I moved to Georgia two years ago to study the piano at Tbilisi Conservatoire, embarking on what would be a shaky balancing act between an intense practice schedule and my work as a journalist. After an unintended decade away from playing, my return to the piano was a profound musical homecoming that reshaped my life and became my main gateway for encountering Georgia and its history.

My Georgian conservatoire teacher, the kind and brilliant Manana Gotsiridze, has been a thoughtful guide through the core piano repertoire and a bridge to Soviet musical history. Lessons rarely pass without Manana summoning the wisdom of the legendary Soviet pianists who taught her, first in Tbilisi and then at the Moscow Conservatory. It is always a thrill to know that eccentric insights from people such as the great Chopin interpreter Oleg Boshniakovich are now being passed down to me. (“Boshniakovich always said that the secret to playing Chopin is to imagine everything from your shoulder to your fingernail is just one long finger,” Manana once told me.)

In a way, the biography of Tbilisi Conservatoire’s piano department offers up a potted history of Georgia’s place as a 20th-century refuge for Russians. It also shows us how much things have changed. Just before the first White Russians fleeing the 1917 revolution arrived in Tbilisi, venerated pianist Heinrich Neuhaus, who taught several of the century’s most celebrated European and Soviet pianists, took up a teaching post at the conservatoire.

Later, in the 1930s and ’40s, first escaping Stalin’s purges and then the second world war, a number of piano luminaries, Sviatoslav Richter and Maria Yudina among them, came to Georgia with thousands of others from Moscow, where they became welcome regulars at art salons and in conservatoire classrooms. 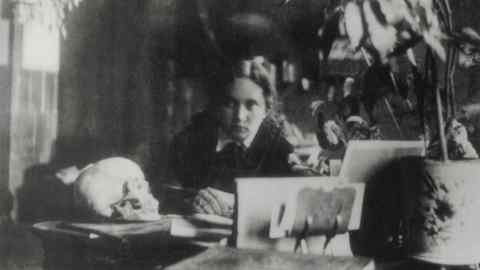 The dazzling misfit Yudina, immortalised as “Stalin’s favourite pianist” in Armando Iannucci’s satire The Death of Stalin, is in fact my great-grand-teacher: Yudina first taught future Georgian piano grande dame Vanda Shiukashvili, who later taught Manana. The legacy of these pianists is part of why the piano department still offers such exceptional teaching. Without them, Tbilisi Conservatoire would likely be a different place.

For the third time in a century, Tbilisi has again become a place for Russians fleeing their country, but this time things are very different. A Moscow Conservatoire teacher who once gave me a lesson failed to find a harpsichord to practise on after arriving here with her family in March. Once it was revealed that she was Russian, any offers of an instrument were rescinded. How far away the stories of 20th-century private concerts and art salons between Russians and Georgians feel now.

In the days after Russia’s invasion of Ukraine, two things happened in Georgia: nightly antiwar protests swept the streets of Tbilisi, and the Russians arrived. Georgia’s Institute for Development of Freedom of Information estimates that more than 43,000 Russians have entered Georgia since the start of the war in Ukraine. Reasons for the Russian exodus vary — some people have been so vocally antiwar that they’d be at risk of arrest if they stayed in Russia. Others simply want to avoid the inconvenience of banking sanctions. Most are somewhere in between.

Banners telling Russians to protest against the war instead of partying began to appear on balconies. Russians struggled to find landlords who would rent to them

In a city like Tbilisi, with its compact centre and population of about a million, changes in demographics are quickly felt. The new Russians — mostly digital nomads, young families, twentysomethings with savings — became a noticeable contingent of public life. Tbilisi suddenly felt fuller.

The backlash to the Russian arrival was immediate. Banners telling Russians to protest against the war instead of partying began to appear on balconies. Russians struggled to find Georgian landlords who would rent to them. To register for a bank account, they were required to sign a loyalty pledge condemning the invasion of Ukraine. Even after that, accounts were routinely denied anyway. Rumours, vindicated by confessions from Russian FSB recruits, circulated that Russian saboteurs and security agents had entered the country in the chaos. Mistrust was everywhere.

With almost 20 per cent of their territory — South Ossetia and Abkhazia — occupied by Russian forces, it’s not uncommon to hear Georgians refer to Russia as their enemy. A poll taken in March revealed that 87 per cent of Georgians consider the war in Ukraine to be Georgia’s war too. “In what other situation do you hear of citizens from an occupying country seeking refuge in the very country they are occupying?” one friend told me incredulously over lunch.

Since the Ukrainian refugees started to arrive in April, reporting on the fallout of the war in Georgia has often been an experience of jarring contrasts. The fact that Ukrainian refugees, most of whom arrived here with nothing, are largely invisible in public life only makes things stranger. Friends regularly post Facebook fundraising drives for Ukrainians in Tbilisi, but many of them tell me they have yet to actually meet one of them.

With no border between Georgia and Ukraine, most of the arriving Ukrainians have fled besieged Mariupol and Kherson eastward into Russia before crossing Georgia’s mountain border, bringing with them escape stories of appalling humiliation and tragedy. One evening at a refugee centre I interviewed 49-year-old Evgeny, who told me how he walked coatless through the early April snow from Mariupol to Tbilisi after finding his parents’ charred bodies in their apartment, and his brother’s, riddled with shrapnel, in the garden.

“I didn’t want to let my brother go, so my neighbours let me bring his corpse into the basement that night,” he told me, in tears. “I buried them all the next day.”

The following morning, I met a recently arrived 26-year-old Russian student, Zhenya, who was indignant about the rumours he’d heard that Russians were being turned away from nightclubs and told to protest against Putin instead. “If dancing is my way to get through hard times, why can’t I do that?” he said. “Being denied it is really traumatising.”

Georgia sits at a geopolitical crossroads and has usually found itself at the fringes, not the centre, of imperial ambitions. It adroitly maintained its own identity while absorbing just enough from the dominant empire of the era — Ottoman, Persian, Russian and most recently Soviet — to avoid being razed completely. The result is a distinct kind of cosmopolitanism. But like elsewhere across the world, it is vulnerable to a rising nationalism.

Domestically, a sinister political atmosphere is brewing. The ruling Georgian Dream party, widely considered to be controlled by its Kremlin-linked founding oligarch Bidzina Ivanishvili, is engaging in a game of smoke and mirrors. With one hand it assures the population of its EU aspirations, but with the other it is systematically dismantling Georgia’s democratic institutions and holding the door open to corruption. Georgians are waiting with trepidation to see how the war in Ukraine will be resolved. They know that, for a small nation that finds itself on the border with Russia and outside of international alliances, the conclusion of this war will have an outsized effect on their future. Understandably, they are afraid.

With the summer holidays over, one afternoon I return to the conservatoire to see Manana and discuss a new repertoire for me to learn this year. Approaching the building, I wonder how many of the pianists I can hear are newly arrived Ukrainian or Russian students. From my vantage on the street, however, I can’t tell. I can only hear music drifting out through the open windows.

Nadia Beard is a journalist and pianist

Is Binance BNB/USD attractive as it battles $274?

For companies, the best royal tribute would be to keep calm and carry on For companies, the best royal tribute would be to keep calm and carry on

GBP/USD Rebound is Not a Sign of Sterling Strength

Here’s how this growth stock could boost my passive income!

GBP/USD Eerily Calm Ahead of US Session