USD/CAD backing off 2016 high, but maybe not for long

USD/CAD was shot out of a cannon with the help of oil getting crushed and the dollar generally strengthening. This sent it to the 2016 high near the 14700-mark, a target we had looked at not long ago once it had broken some key thresholds around 13400. What now?

The weakness the past couple of days isn’t out of the clear blue, as the rally ran aground into resistance. But a decline isn’t expected to become anything material with the general trend higher and momentum strong. A little backing-and-filling will do short-term overbought conditions some good in getting worked off.

This might mean a little patience is required from traders, but with things moving as fast as they are this may be measured in days not weeks, unlike previously when we were stuck in a low-volatility regime. Given the general outlook, short trades, outside of quick in-and-outs don’t hold great appeal.

Would-be longs could soon get some levels soon on the downside to work with as support, and both sides of the market can use the 14689 2016 high as a spot to work with for determining whether to become more aggressive with a long bias or deciding to abandon shorts. Big-picture, on a breakout the next major level of resistance isn’t until the 2002 highs near 16200.

Build confidence during these volatile times. 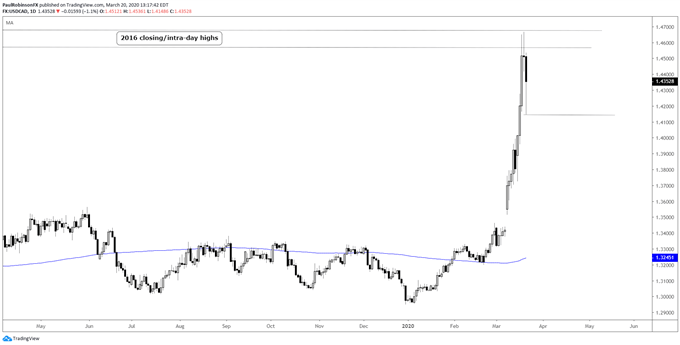 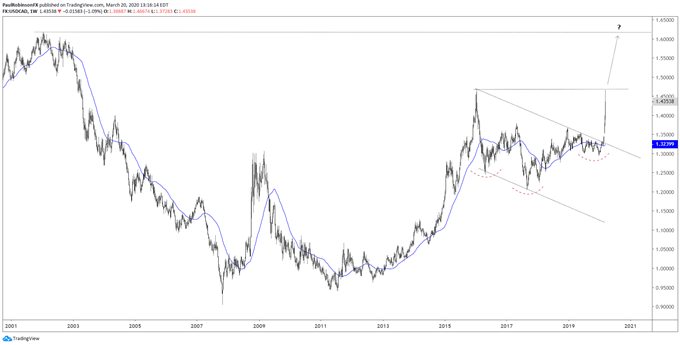 Whether you are a new or experienced trader, we have several resources available to help you; indicator for tracking trader sentiment, quarterly trading forecasts, analytical and educational webinars held daily, trading guides to help you improve trading performance, and one specifically for those who are new to forex.

The Kelly Criterion: You Don’t Know the Half of It