UK Prime Minister, Boris Johnson suggested that the EU and UK reach an agreement before the 15th of October or both parties should just “move on”. Trade deal negotiations are set to resume on Tuesday after progress stalled in recent weeks. In addition, Johnson said that in the absence of an agreement, the UK would fall back on WTO trade terms which Johnson described as a “good outcome for the UK”. For a full report read our morning GBP update.

Both the Eurozone and the UK are set to release gross domestic product (GDP) data this week as their respective economies emerge from the coronavirus-induced lockdown.

The European Central Bank (ECB) rate decision is likely to remain unchanged however the press conference may offer greater insight into how the central bank plans to support a Eurozone recovery amid stubbornly low inflation (CPI) and a stronger currency (renders EU exports relatively more expensive).

Why are central bank announcements so important? Find out how central banks impact the forex market

Then on Friday, Eurozone leaders meet to discuss the way forward for the economic union with a focus on Euro support mechanisms and government finances. With the ECB reluctant to push interest rates further into negative territory, the conversation turns once again to the Pandemic Emergency Purchase Programme (PEPP), which was agreed upon to stimulate economic activity in the bloc and has yet to be fully utilized.

Sterling Retreats after Posting 12 Week High vs The Euro

In the aftermath of Boris Johnson’s comments, Sterling has weakened against the Euro, erasing recent gains. This latest moves helps validate the bullish engulfing pattern (blue rectangle) that hinted at a possible bullish reversal.

Continued bullish momentum would render the 38.2% Fib retracement (drawn from the April low to the June high, 2020) the nearest resistance level followed closely by the psychological round number of 0.9000. Thereafter, 0.9057 become the next level of resistance.

In the event this is simply a retracement of the larger downtrend, initial support would come in at 0.8938 ( close to today’s opening level ), followed by the 61.8% Fib level at 0.8864. A large and sustained move lower would then bring the weekly significant 0.8770 level into focus. 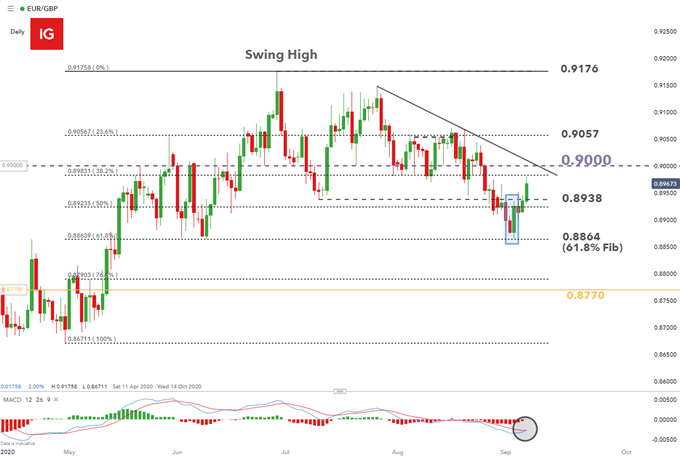 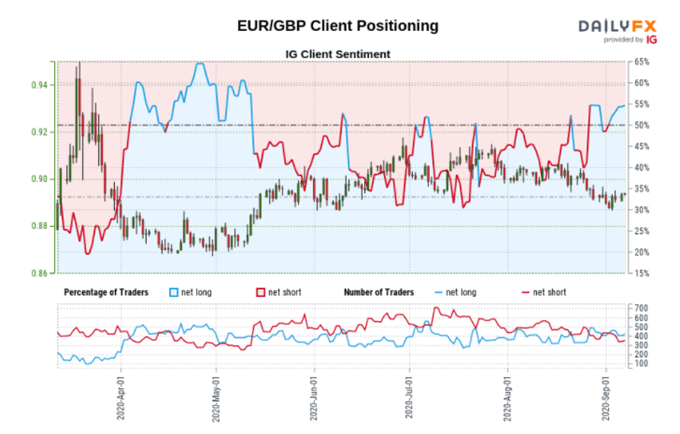 A Sheep in Wolf’s Clothing: Susan Cain on the Power of Introversion

May High on the Radar Ahead of Canada CPI